Azaraya Ra-Akbar began gymnastics at the age of six after being in cheer for a few months. Just a few months after beginning gymnastics, Azaraya began competing as a level 3 with Fairland Gymnastics. Azaraya concluded her season at the Maryland State Championships where she finished fifth on floor.

Following her 2013 season, Azaraya began training with Hill’s Gymnastics and competed level 5 during the 2014-2015 season. Azaraya had a solid season and went on to win the vault title and place second on floor and in the all around at the Maryland State Championships. During the 2015-2016 season, Azaraya competed level 7. She opened up her season at the Christmas on the Chesapeake Gymnastics Meet where she won the floor and all around titles. Azaraya went on to win the all around title at all but one competition. At the Maryland State Championships, Azaraya had a phenomenal meet, and won the vault, beam, floor, and all around titles.

After a successful level 9 and Hopes season, Azaraya began her 2017-2018 season at the Myrtle Beach Cup where she earned her Hopes 10-11 compulsory score. Azaraya then went on to compete as a level 10 at the Hill’s Maryland Classic whee she place second on beam. Two weeks later, Azaraya traveled to Phoenix, AZ where she earned her optional score and qualified Hopes for her second year. Shortly after qualifying, Azaraya began training at United Gymnastix Center with her dad. In early July, Azaraya was set to compete in the Hopes Classic in Salt Lake City, UT. Azarya started off strong on floor and was in first place after the first rotation. Unfortunately, Azaraya took a scary fall on the uneven bars and was not able to finish the meet. However, Azarya's top floor score held up and she earned a gold medal on floor with a 12.450.

Competing level 10 and Hopes during the 2018-2019 season, Azaraya began her season at the Parkettes Elite Compulsory Qualifier where she earned her Hopes 12-13 compulsory score. Azaraya competed her first level 10 meet of the season at United Winterfest and earned a bronze medal on vault. Two months later, Azaraya competed at the KPAC National Elite Qualifier and earned her Hopes 12-13 optional score, qualifying to the Hopes Classic for a third year. Azaraya concluded her level 10 season at the Maryland State Championships in March, and came home with silver medals on bars, floor, and in the all around. In June, Azaraya finished up her season at the Hopes Classic where she finished 11th on bars in the 12-13 division.

Following her 2019 season, Azarya began training at World Class Gymnastics. Azaraya began her 2019-2020 season competing level 10 at the Myrtle Beach Cup. Here, Azaraya won the floor title and finished second on vault and in the all around. In February, Azaraya competed at the Excalibur Cup National Elite Qualifier where she earned her junior elite compulsory score. Unfortunately, due to the COVID-19 pandemic, Azaraya's season was cut short as the remainder of the season was canceled. Due to the remainder of the 2020 season being canceled, USAG allowed for all Hopes and Elite Qualifiers to retain their qualifying score for the 2021 season. With this, Azaraya will keep her junior elite compulsory score for the 2021 season.

Azaraya began her 2021 season competing level 10 at the Atlanta Crown Invite. Here, Azaraya came in fifth on bars. In February, Azaraya competed at the Excalibur Cup from where she qualified to the Nastia Liukin Cup. Azaraya competed at the Nastia Liukin Cup at the end of February and came in third on beam in the junior division. One month later at the Virginia State Championships, Azaraya won the vault, bars, beam, and all around titles and came in second on floor. At camp, Azarya qualified junior elite. She went on to compete at the American Classic in April where she earned a bronze medal on floor, fourth all around, and sixth on bars. Azaraya scored a 51.250 to qualify her to the U.S. Championships. One month later at the U.s. Classic, Azaraya earned another bronze medal on floor. Azaraya concluded her season at the U.S. Championships in May. Here, Azaraya earned medals on bars and floor as well as her qualifying score for the 2022 junior elite classic competitions.

Azaraya started her 2022 season at Brestyan's Invitational. She then competed at the World Class Invitational where she placed top 5 on beam.

Currently, Azaraya trains 25-30 hours per week under coach Jubael Ra-Akbar at World Class Gymnastics. Azarya’s ultimate goal is to earn a gold medal at the 2024 Olympics.

Favorite Quote: "Be you." 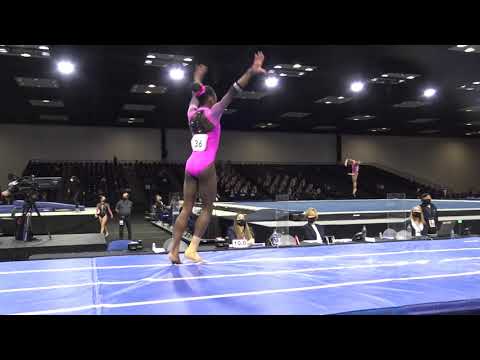 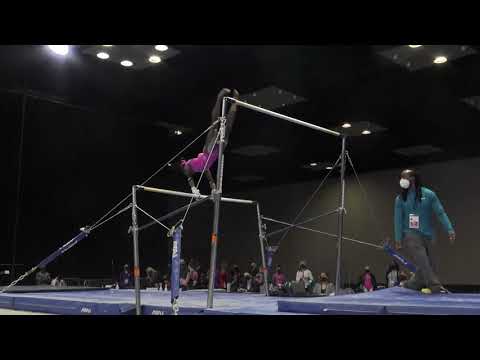 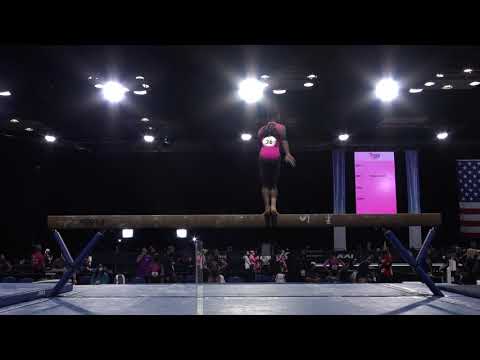 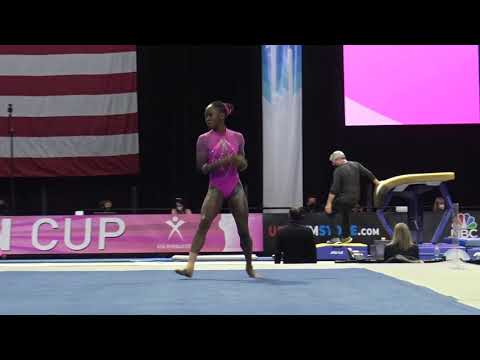