Avalon Campbell got her start in gymnastics at the age of three in a class at her preschool. The coach of her class saw talent in Avalon and recommended that she started gymnastics in a recreational class in a real gym. Avalon started her gymnastics “career” at Gymnastics World in Chatsworth, CA. Within a month of classes, Avalon was moved up to the mini-shots team, a pre-competitive team. In 2013, Avalon moved to Matrix Gymnastics and was invited into their TOPs Program. Avalon competed her first meet as a level 3 as six-year-old in September of 2013 where she won the all around and at the SoCal North Level 3 State Meet, Avalon placed in the top 7 on beam. Avalon repeated level 3 for the 2014 season and participated in TOPs Testing as a seven-year-old during the Summer of 2014. At the 2014 SoCal North Level 3 State Meet, Avalon placed tenth on beam in a tough age division.

After the Spring 2015 season, Avalon began training at SCEGA Gymnastics. Before moving, Avalon trained for a second year of TOPs with Matrix Gymnastics and did her first TOPs Test of the season with them. At SCEGA, Avalon adjusted to the program quickly and made it to 2015 National Testing as an eight year old. Avalon competed level 4 during the 2015 season and remained undefeated on beam throughout the season. Avalon had her best meet of the season at the 2015 SoCal South State Championships where she placed second on bars, won the beam and floor titles, and placed third all around. Due to her scoring out of level 5, Avalon and her coaches decided to not compete during the 2016 season so she could focus on TOPs and training for level 7. For her third year, Avalon participated in TOPs Testing and had great tests. Avalon ended up making the TOPs National B Team and the Developmental Camp Invite Team.

Avalon opened up her level 7 season at the 2017 Arizona Grand Invitational and had a great meet, placing second on floor, first on beam, and third in the all around. During the 2017 season, Avalon went nearly undefeated on beam, with only two second place finishes. In addition, all of her beam scores during the 2017 season were above a 9.700 and her highest being a 9.950 at the Long Beach Open. At the 2017 SoCal Level 7 State Meet, Avalon placed second on beam with a 9.750 and qualified to the Region 1 Championships. At Regionals, Avalon won the beam title with a 9.800. Concluding her level 7 season, Avalon participated in her last year of TOPs Testing where she went on to make the TOPs National A Team.

Avalon began her 2018 level 8 season at the California Grand Invitational where she won the beam and floor titles and placed second all around. Avalon continued to improve throughout the season and at the SoCal State Championships, she won the bars title and placed second on floor. Avalon went on to compete at the Region 1 Championships where she posted a season high score of a 38.00 for 2nd all around, and won the bars and beam titles with scores of 9.625 and 9.800, respectively.

Competing level 9 in 2019, Avalon began her season at the California Grand Invitational and come home with a gold medal on beam and silver medal on floor. Two months later at the SoCal State Championships, Avalon had a great meet, winning the beam title and earning a third place finish on bars and in the all around, qualifying to the Region 1 Championships. Avalon had her best meet of the season at regionals and won the beam, floor, and all around titles, punching a ticket to the Western Championships. Unfortunately, due to an illness, Avalon had to miss out on Westerns, but ended her season on a high note at Regionals.

As Avalon was preparing for her 2020 level 10 season, she unfortunately took a fall on beam leading to her fracturing four toes. However, Avalon worked hard to come back so she could compete during the 2020 season. With an injury so close to the beginning of the season and the big jump there is from level 9 to level 10, Avalon and her coaches decided that it would be best for her to compete another year of level 9. Only missing out on the first two meets of the season, Avalon came back to compete her first meet, competing bars and beam, at the Classic Rock Invitational in February. Here, Avalon won the beam title. In her next two meets, Avalon also won the beam title with scores of 9.70 and 9.825, respectively. Unfortunately, due to the COVID-19 pandemic, Avalon's season was cut short as the remainder of the season was canceled.

Currently, Avalon trains 25 hours per week under coaches Kathy Strate, Gibran Campos, Ryan Covo and Dani Albright at SCEGA Gymnastics. Avalon's goal for her 2021 season is to make it to USA Development Nationals. In the future, Avalon hopes to qualify elite and make the US National Team an eventually earn a scholarship to a divison 1 school for gymnastics.

Favorite Quote: "It's hard to beat a person who never gives up." - Babe Ruth 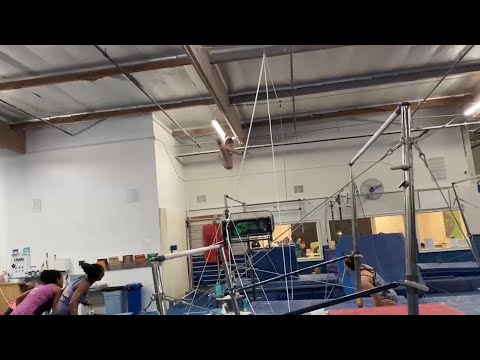 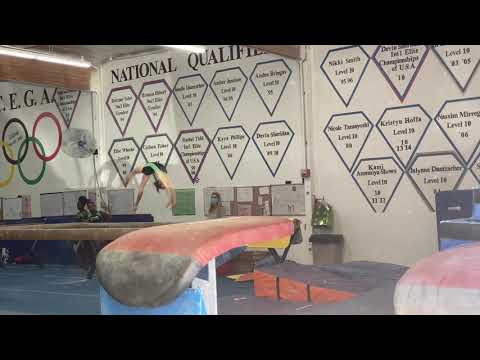 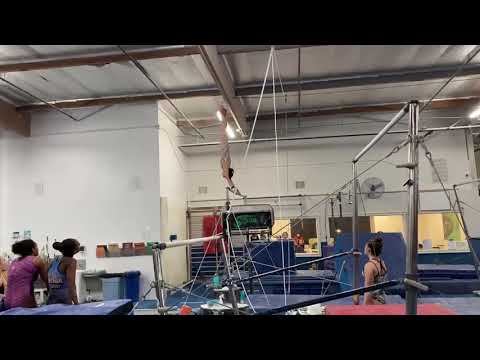 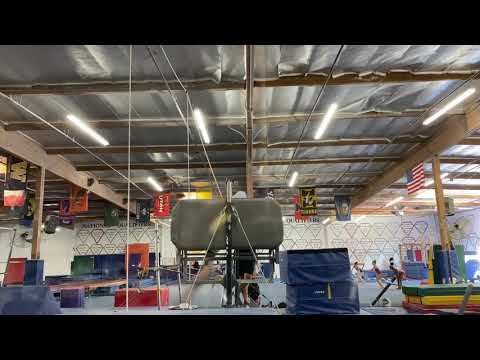 Round Off, Double Back dismount