Ashlee Sullivan got her start in gymnastics at the age of two in a mom and tots class. Ashlee's older sister was a gymnast before Ashlee and Ashlee wanted to follow in her footsteps. Ashlee loved being in the gym and quickly progressed as she got older. At the age of six, Ashlee began competing as a level 3 with Texas Champion Gymnastics. In her first year of competitive gymnastics, Ashlee finished second on beam and in the all around at the Texas North State Championships.

In 2015, Ashlee competed one meet of level 5 to score out and prepare for her 2016 optional season. Ashlee began her optional career as a level 7 at the Texas Prime Meet and took fourth all around. At her next meet, the Alamo Classic, Ashlee won her first all around title of the season. Three months later at the Texas State Championships, Ashlee had a fantastic meet winning the vault, bars, and all around titles with a huge 38.975. From state, Ashlee qualified to the Region 3 Championships where she brought home the silver medal on vault and finished fourth all around.

Following her 2016 level 7 season, Ashlee began training at WOGA Gymnastics. Ashlee kicked off her 2017 level 8 season at the Texas Prime Meet and won the vault, bars, and all around titles. In March at the Texas State Championships, Ashlee won the all around title with a 39.00 as well as the bars title with a 9.725 and the floor title with a 9.90. For the second year, Ashlee advanced to the Region 3 Championships. At regionals, Ashlee began her competition on beam where she hit a strong routine for fifth place. Unfortunately on her next event, floor, Ashlee injured her ankle and was unable to finish the meet.

Competing level 9 with the goal to qualify Hopes in 2018, Ashlee began her season competing level 9 at the California Grand Invitational. Here, Ashlee won the bars title and finished fourth all around. Ashlee missed out on state but was able to petition to the Region 3 Championships and concluded her level 9 season bringing home a silver medal on bars. In May, Ashlee competed at the Auburn National Elite Qualifier where she earned her Hopes 12-13 compulsory and optional scores, qualifying to the Hopes Classic. Ashlee concluded her season five weeks later at the Hopes Classic in Salt Lake City, Utah with a sixth place finish on beam.

Ashlee began her 2019 season competing as a level 10 at the Kurt Thomas Invitational. Here, Ashlee finished fourth on bars, floor, and in the all around. At her next meet of the season, Ashlee won the vault and all around titles. Throughout the rest of her level 10 season, Ashlee did not compete all four events in order to focus on qualifying Hopes. In June at the Parkettes National Elite Qualifier, Ashlee earned her Hopes 12-13 compulsory and optional score which qualified her to the Hopes Classic for her second year. In June at the Hopes Classic, Ashlee finished eighth on vault, bars, and beam and finished 12th all around, qualifying to her first Hopes Championships. Ashlee concluded her season at the Hopes Championships with a fantastic competition, winning the vault title, earning second on bars, and fourth all around.

With the goal to qualify junior elite in 2020, Ashlee began her season at the Metroplex National Elite Qualifier. Although she just missed her qualifying score, Ashlee had a strong showing and finished fourth all around. One month later at the Everest National Elite Qualifier, Ashlee earned her junior elite qualifying score which punched her ticket to the American and U.S. Classic Competitions. Unfortunately, due to the COVID-19 pandemic, Ashlee's season was cut short as the remainder of the season was canceled. Due to the remainder of the 2020 season being canceled, USAG allowed for all Hopes and Elite Qualifiers to retain their qualifying score for the 2021 season. With this, Ashlee qualified to the 2021 Winter Cup and American and U.S. Classic Competitions as a junior elite.

Ashlee began her 2021 season at the Winter Cup. Here, Ashlee finished second on vault as well as sixth on bars. Ashlee missed out on the remainder of the 2021 season due to injury. 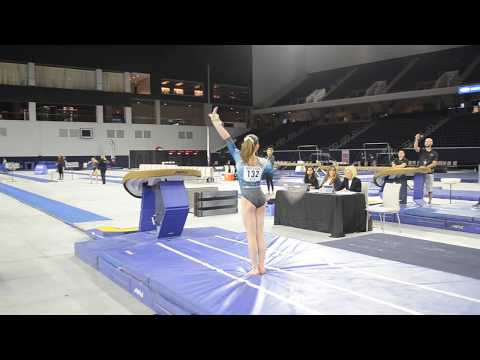 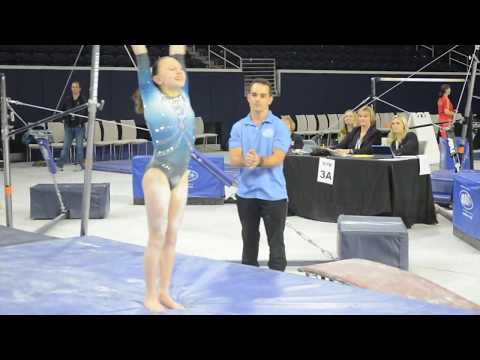 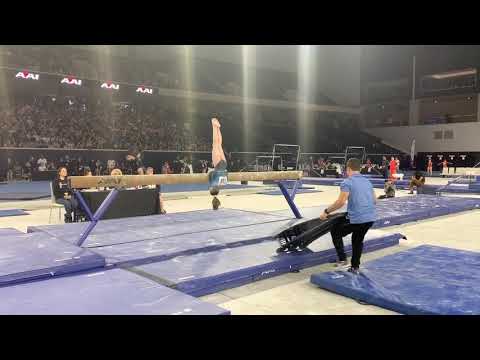 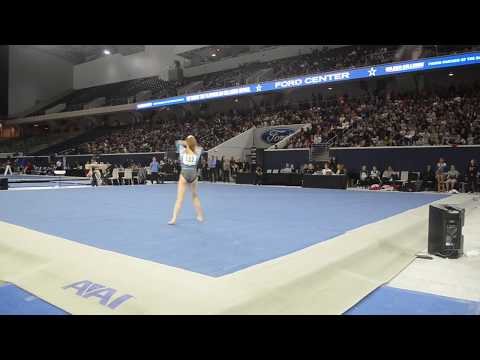 Front Tuck thru to Double Tuck