Anastasia Cardino got her start in gymnastics at the age of four as she was a super energetic child and loved to flip around. Two years after beginning gymnastics, Anastasia began competing as a level 4 with Precision Gymnastics in Texas. At her very first meet, Anastasia won the bars and beam titles and came in second in the all around with a 38.300. Anastasia had a great first season of gymnastics and went on to win the bars title and finish second on beam, floor, and in the all around at the Texas North State Championships.

After her 2016 season, Anastasia began training at a gym in Dallas. Anastasia competed level 9 during the 2017 season and earned a silver medal on bars and took fifth all around at the Texas State Championships. Anastasia concluded her season at the Region 3 Championships with top 10 finishes on vault and bars.

Anastasia competed her first season of level 10 in 2018. As a first year level 10, Anastasia placed fifth on vault and sixth on bars and in the all around at the Texas State Championships. Anastasia moved on to the Region 3 Championships where she finished her season finishing in the top 10 on vault.

Competing her second year of level 10 in 2019, Anastasia began her season at the Kurt Thomas Invitational. Here, Anastasia finished fourth on floor and sixth all around. Unfortunately, Anastasia was not able to complete her 2019 season due to injury and missed out on the 2020 season. However, Anastasia is expected to come back strong for the 2021 season.

Currently, Anastasia trains 18 hours per week under coaches Ned Lang and Kim at Texas Dreams Gymnastics. Anastasia's goal is to earn a college scholarship for gymnastics. 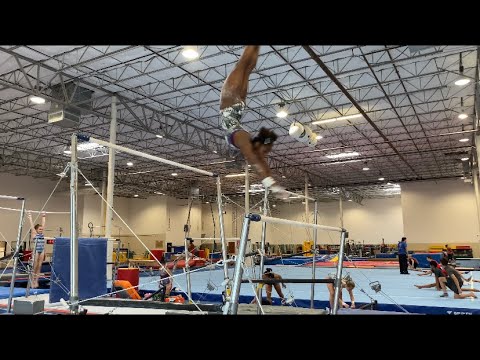