Amelia Budd got her start in gymnastics at the age of six after having lots of energy and no fear has a young child. Amelia took to the sport right away and began competing in the fall of 2014 as a level 3 with International Sports Center. In her first season of competitive gymnastics, Amelia finished second on vault and fifth all around at the North Carolina State Championships. Following her 2014 season, Amelia began training at Perfect Balance Gymnastics where she competed another season of level 3. Amelia had a fantastic season of level 3 as she finished as the North Carolina State vault, bars, floor, and all around champion.

Amelia began her optional career in January 2018 as a level 7 at The Gala Meet. Here, Amelia brought home gold medals on vault, bars, floor, and in the all around. Two months later at state, Amelia had a great meet as she won the vault and bars titles and came in second on floor and in the all around and qualified to the Region 8 Championships. Amelia concluded her season at regionals with a third place all around finish.

As a level 8 in 2019, Amelia began her season at The Gala Meet winning the floor title, taking second on vault, and third on bars and in the all around. Amelia had her highlight meet of the season at state as she came home with the floor and all around titles as well as a silver medal finish on beam and bronze medal finish on bars. From state, Amelia qualified to the Region 8 Championships for the second year in a row and finished first on beam and second all around.

Amelia began her 2020 level 9 season at The Gala where she finished third on bars and fifth all around. Amelia competed five meets during the 2020 season and qualified to the North Carolina State Championships. Unfortunately, due to the COVID-19 pandemic, Amelia's season was cut short as the remainder of the season was cancelled. In September, Amelia will attend camp at Auburn University and in October she will attend the Level 9 Region 8 Camp in North Carolina.

Amelia kicked off her 2022 season as a level 10 at the Atlanta Centennial Classic placing top 15 in the all around.

Currently, Amelia trains 25 hours per week as a level 10 under coaches Ludmilla Shobe and Svetlana and Vladmir Taran at Southeastern Gymnastics. In the future, Amelia hopes to earn a college scholarship to a Division 1 school for gymnastics. 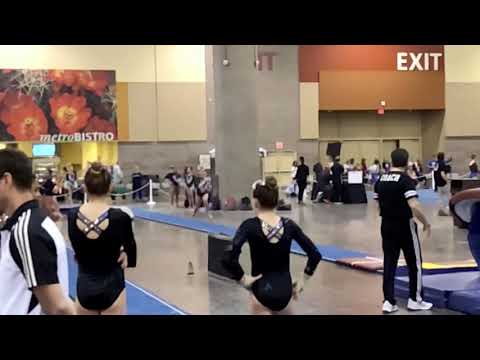 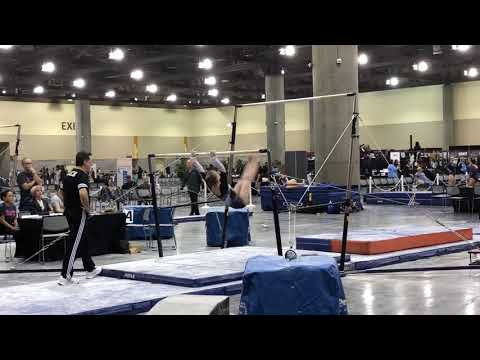 Squat On, Jump to High Bar