Adysen Mazzoni began gymnastics at the age of 5 after doing ballet as a young child and always wanting to be upside down. Adysen loved gymnastics right away and began competing level 4 in the beginning of 2013 and went on to compete at the Pennsylvania State Championships where she finished in the top 5 on floor.

Adysen began her optional career in January 2015 as a level 7 with Champions Gymnastics Club. At the 2015 Florida State Championships, Adysen finished in the top 10 on vault. Adysen competed a second season of level 7 in 2016 and competed level 8 in 2017. At her first level 8 meet, the Ozone Invitational, Adysen won the vault title and finished fifth on floor. Adysen went on to win the vault title at the Florida State Championships and qualified to the Region 8 Championships.

Following her 2017 season, Adysen began training with Florida Elite Gymnastics and competed level 8 during the 2018 season. Adysen had a great season and finished second on floor and third on vault at the Florida State Championships. At the Region 8 Championships, Adysen won the bronze medal on floor.

Adysen began training with Gymnastics USA after her 2018 season and competed level 9 in 2019. At her first meet of the season, Adysen won the bars and floor titles and finished second all around. Two months later, Adysen concluded her season at the Florida State Championships with a fifth place finish on bars.

After her 2019 season, Adysen began training at Evo Gymnastics. Adysen began her season competing level 9 at the Tampa Bay Turners Invite and came home with the floor title. Adyson was able to compete five meets during the 2020 season and finished in the top two at the last three meets of her season. Unfortunately, due to the COVID-19 pandemic, Adysen's season was cut short as the remainder of the season was cancelled.

Adysen kicked off her 2021 season as a level 9 at the Sand Dollar Invitational meet where she placed silver on bars. She continued to have a solid season qualifying her to the Florida State Championships where she won silver on bars, gold on beam, floor and the all around. From there she qualified to the Region 8 Championships. Adysen placed gold on bars and silver on floor, finishing top 5 in the AA which qualified her to the level 9 Eastern Championships. At the Eastern Championships Adysen had her best meet of the season winning floor with a 9.700 and the gold title for AA with a 37.875.

Adysen started her 2022 season as a level 10 at the Tampa Bay Turner's Invitational. Here, she earned bronze medals on vault and beam.

Currently, Adysen trains 25 hour per week under coaches Jose Morales and Maria Iankova at EVO Athletics. In the future, Adysen hopes to qualify elite and earn a college scholarship for gymnastics.

Favorite Quote: "Allow yourself to be a beginner, no one starts off being excellent." 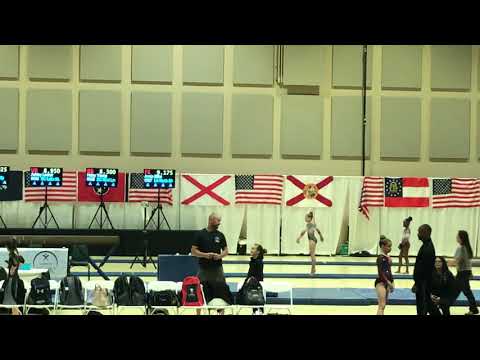 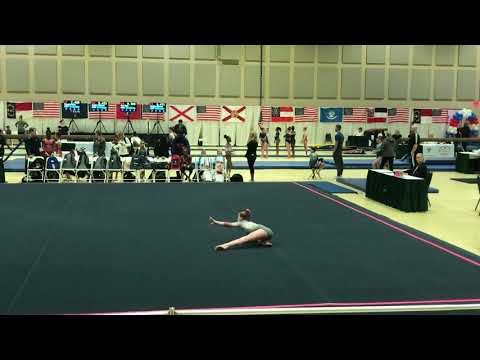