Aaliyah began her optional career as a level 7 at the Metroplex Challenge in January 2016. Here, Aaliyah won the vault and floor titles. Three months later at the Texas State Championships, Aaliyah took second on bars and third on beam. From state, Aaliyah qualified to the Region 3 Championships where she concluded her season with an eighth place finish on bars and beam.

Competing level 8 during the 2016-2017 season, Aaliyah began her season at the Texas Classic where she finished second on vault and third on bars and in the all around. Aaliyah continued to improve throughout the season and went on to finish third all around at the Texas State Championships. Aaliyah qualified to the Region 3 Championships for her second year in a row where she finished fourth on vault and in the all around.

As a level 9 in 2018, Aaliyah began her season at the Chow's Challenge and finished fourth on bars. In March at the Texas State Championships, Aaliyah took sixth on vault. Aaliyah concluded her season one month later at the Region 3 Championships with a solid competition.

Aaliyah missed out on the 2018-2019 season, but came back strong to compete level 10 during the 2019-2020 season. Aaliyah began her season at the Anna Brashear Invitational where she finished second on vault and floor. Aaliyah competed three meets during the season with a highlight of finsihing third on vault at the Brestyan's Las Vegas Invitational. Unfortunately, due to the COVID-19 pandemic, Aaliyah's season was cut short as the remainder of the season was cancelled.

Aaliyah began her 2021 season at the Texas Prime Meet where she finished eighth on vault. Unfortunately, Aaliyah was unable to finish her season but is expected to come back strong for her 2021-2022 season.

Currently, Aaliyah trains 20 hour per week under coaches Rodica Lazar, Aurel Lazar, and Sorin Lazar at Denton Gymnastics Academy. In the future, Aaliyah hopes to earn a scholarship to compete at the collegiate level. 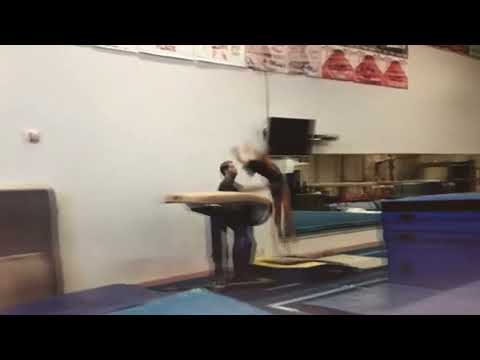